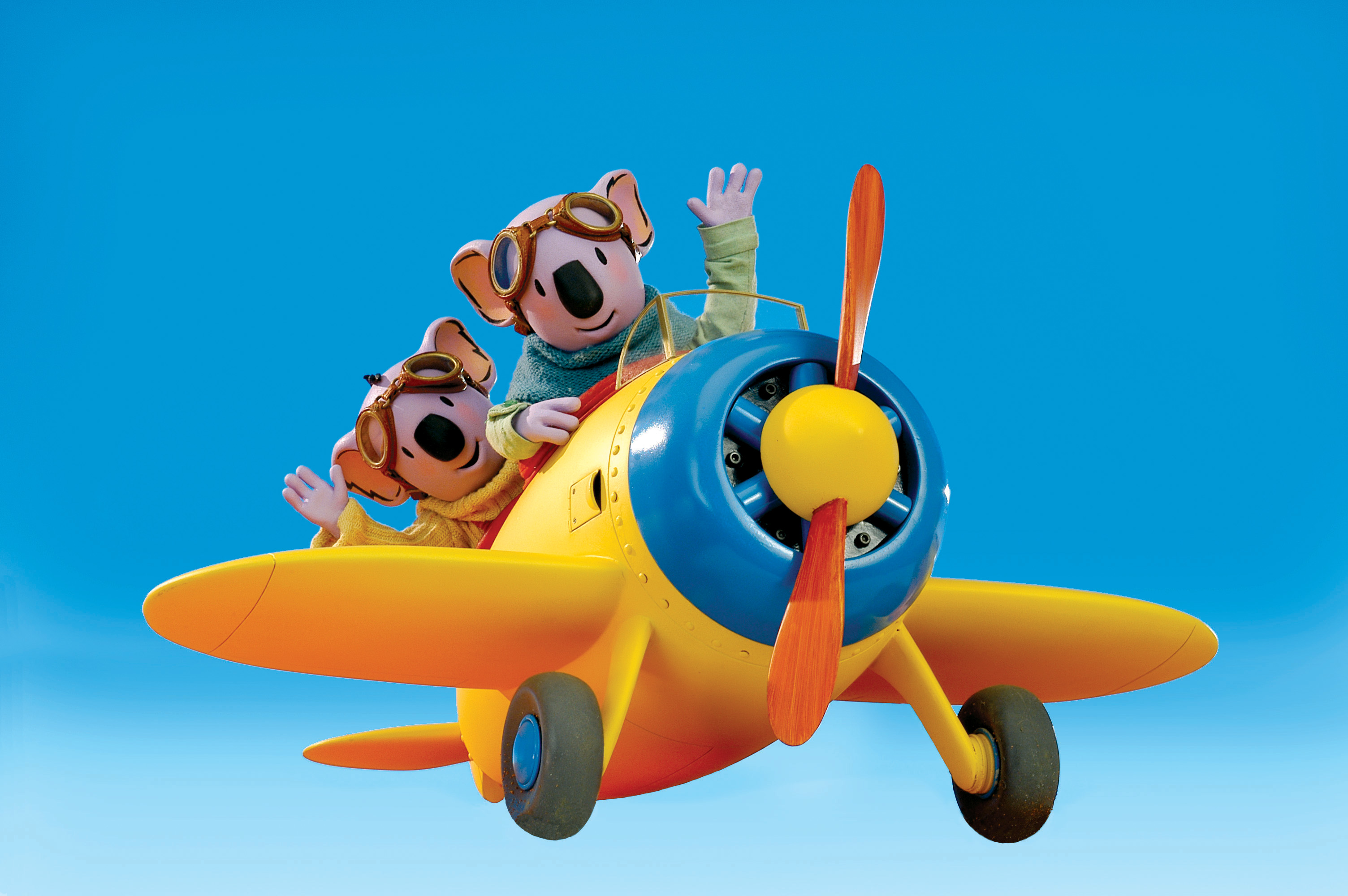 Koala Brothers is a high quality stop motion animation series for pre-schoolers, with 26 x 10 min episodes per series.
Unanico China Distribution has successfully sold Koala Brothers Series 1, 2 and 3 to Tencent Video and Mango TV, two of the largest online streaming platforms in China.
Koala Brothers follows the adventures of two koalas, Frank and Buster, whose mission in life is to help others. From their isolated homestead in the Australian outback, they fly out on daily patrol in their yellow aeroplane, looking for anyone in need of help. The series shows the true value of friendship and caring for others.
Koala Brothers is the winner of two BAAs (British Animation Awards-for Best Pre-school Series and the Writer’s Award for Dave Ingham) and the EMIL Award (Germany) for Best Children’s Programme. It has been nominated four times for a BAFTA (The British Academy of Film And Television Arts Award) for Best Pre-school Animation.